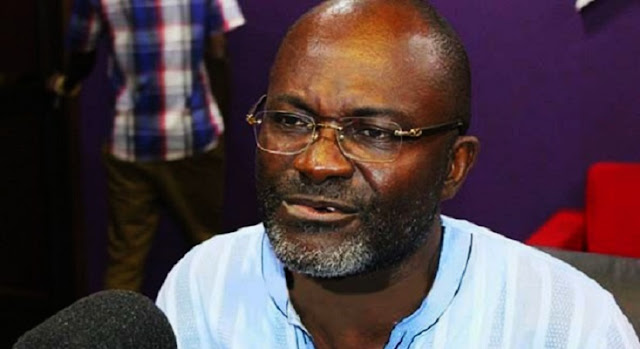 Assin Central Member of Parliament (MP), Ken Agyapong has lamented over the poor economic conditions in the country in recent times.

According to the maverick politician, Ghanaians will be celebrating a ‘dry Christmas’ because the economy is very hard under Akufo-Addo.

“What kind of dry Christmas is this? I have promised my constituents but I won’t go there this Christmas because I don’t have money…,” he confessed on Adom TV as monitored by GhanaNewsPage.Com

To him, the economy has become messy under Akufo-Addo largely due to the high import duties at the ports.

Former President, John Dramani Mahama has also expressed pessimism about this year’s (2018) Christmas taking into consideration what he describes as the “excruciating economic difficulties” Ghanaians are battling with under the New Patriotic Party (NPP) administration.

Speaking to supporters of the National Democratic Congress (NDC) at the Trade Fair Centre after submitting his nomination forms, the flagbearer aspirant said, “most Ghanaian families will go through the driest Christmas they have ever experienced in the history of Ghana.”