What a stunning performance from Croatia! They are in the final! What a story for this golden generation!

England are down to ten men after Kieran Trippier has been carried off with Gareth Southgate having used all his substitutes.

England were the better team of the first period of extra time but Croatia take the lead! Mario Mandzukic scoring great goal from insidethe box!

Luka Modric is everywhere. Another stunning game from Croatia's talisman so far. Vatreni played much better in the second half of normal time. How much energy do they have left after their two prior 120-minute knockout round matches?

Can Kane do it?
Harry Kane hasn't been able to find his scoring touch so far today, heading wide in stoppage time.
This is the ninth semi-final to go to extra-time. Only three of the previous times has it been decided in the half hour. Five times it has gone to penalties... 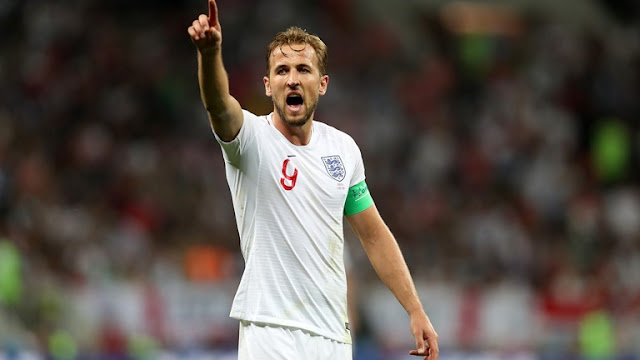 120' - Croatia's Andrej Kramaric hit the side netting from the right

117' - Bad news for England: Kieran Trippier limped off the ground

Mandzukic scored from close range to put Croatia in the lead late in the extra time.

Second half of extra time underway...

105+2' - SAVE! Jordan Pickford deflected it out for Croatia corner and denied Mario Mandzukic

99' - SAVE! John Stones header was headed out from the goal line by Sime Vrsaljko. Kieran Trippier with the delivery from the set piece

95' - Yellow Card! Croatia's Ante Rebic is booked for a foul on Danny Rose

End of regulation time: It's 1-1 between Croatia and England. Extra time to follow

Croatia and England were level at 1-1 after 90 minutes in their semi-final after Croatia's Ivan Perisic scored in the 68th minute to cancel out Kieran Trippier's early free kick. Trippier curled the ball in after five minutes to get England off to a flying start but Croatia hit back when Perisic got in front of his marker to flick in a high cross from Sime Vrsaljko in the 68th minute. The match is going into extra time.

90+1' - Free-kick for England from the right flank. Kieran Trippier curled it into the middle but Harry Kane's header was well wide of the Croatia goal

88' - Free-kick for Croatia near their penalty area. The match looks heading towards extra time

83' - SAVE! Mario Mandzukic's attempt from a tight angle was palmed out by England goalkeeper Jordan Pickford

81' - Kieran Trippier's back pass almost cost England a goal. Ivan Perisic was on the prowl, John Stones avoided the disaster

77' - Harry Kane found Jesse Lingard on the right side of the Croatian area, but the Manchester United player's attempt went across the goal mouth

76' - England are struggling to stop constant waves of Croatian attacks.

72' - MISSED! Ivan Perisic hit the far post from the left side of the England area. And on the rebound, Ante Rebic shot it straight to Jordan Pickford

67' - Harry Kane hit the side netting from a tight angle

65' - BLOCKED! Ivan Perisic's goal-bound shot was blocked out by England's Kyle Walker with his body. Walker needed some assistance to recover from the thunderous shot

61' - Ivan Rakitic attempted a half-volley from the edge of England box, but he mishit it and the ball went well wide of the goal

59' - Ante Rebic's cross in into England box was miscued for a Croatia corner. Then Luka Modric's delivery was punched out by Jordan Pickford

56' - Jesse Lingard's attempt from the edge of Croatia box was deflected out for an England corner. Kieran Trippier's delivery was cleared out

55' - Corner for Croatia. It ended with a free-kick for England for a foul inside the penalty area

50' - Yellow Card! The booking was for Mario Mandzukic for showing dissent and not for Ante Rebic

48' - Yellow Card Cancelled! Croatia's Ante Rebic penalised for hitting Kyle Walker with his arm while vying for a header. But he was not booked

46' - Early attack from Croatia in the second half. Ante Rebic fumbled and gave away the ball inside the England box

England led Croatia 1-0 at halftime in their World Cup semi-final after Kieran Trippier got them off to a flying start by scoring from a free kick after five minutes. Trippier curled the ball over the Croatia wall and into the top corner from the edge of the area. England looked much more dangerous throughout and missed a golden chance to go two goals ahead when Jesse Lingard, completely free on the edge of the penalty area, curled his shot wide.

45' - One minute added as stoppage time

44' - England attack from the left flank, won a throw-in near the Croatia box

36' - WIDE! Jese Lingard shot it wide of Croatia goal from the edge of the box. He received the ball from the left from Dele Alli. Good chance missed

33' - Ivan Perisic's shot was blocked out by Ashley Young for a Croatia corner. Nothing came off the set piece

31' - SAVE! This time it was the turn of England goalkeeper Jordan Pickford to make the save. Ante Rebic with the long ranger

30' - SAVE! Croatian goalkeeper Danijel Subasic denied Harry Kane from one-on-one situation. And from the rebound, Kane hit the post from tight angle

27' - Free-kick for England from the left. Dejan Lovren brought down by Raheem Sterling. Ashley Young's delivery was punched out by Danijel Subasic

25' - Good counter run from the right by Jesse Lingard, but his final pass was wayward and behind the charging Harry Kane and Dele Alli

22' - Raheem Sterling found himself with the ball at the top of the Croatia box, but it was good defending by the Croatians. Sterling was forced to release it for Harry Kane, who was caught off-side

14' - Second corner for England. Kieron Trippier's delivery for the corner kick found Harry Maguire in the middle, but the England defender headed it wide of Croatia goal

12' - Corner for England. Ashley Young with the delivery from the set piece, but the ref whistled for a free-kick for Croatia

9' - Corner for Croatia. Luka Modric with the delivery but England cleared it out.

5' - GOAL! Kieran Trippier scored a free-kick to put England in the lead

WHAT A GOAL! England's new 'David Beckham' Trippier hit the back of the top right from the set piece. What a timing to score his first international goal. No chance for Croatian goalkeeper Danijel Subasic

4' - Free-kick for England from a dangerous position. Luka Modric brought down Dele Alli just outside the Croatia area

3' - Mario Mandzukic penalised for a foul on Jordan Henderson

England's starting line-up for their semi-final against Croatia remained unchanged for the third knockout match in a row, with coach Gareth Southgate sticking to his trusted 5-3-2 system. Captain Harry Kane, leading scorer in the tournament with six goals, will spearhead the attack alongside Raheem Sterling, who has not scored in more than 1,000 days for England, as they look to reach their first World Cup final in 52 years.


Croatia midfielder Luka Modric, set to start, will equal Dario Simic's national record of 11 appearances at World Cups. Croatia coach Zlatko Dalic brought in midfielder Marcelo Brozovic in place of forward Andrej Kramaric in an effort to control the pace of the game. Key defender Sime Vrsaljko was passed fit to start after recovering from a knee injury.

credit: The Times of India & FIFA