A+ A-
Print Email
President Nana Addo Dankwa Akufo-Addo, Born March 29, 1944, in Swalaba, Accra, was raised in Accra, Ghana’s capital. His father’s residence in Accra was effectively the headquarters of the country’s first political party, the United Gold Coast Convention (UGCC), after it was formed at Saltpond on August 4, 1947.


Three of the Big Six (founding fathers of Ghana) were Nana’s blood relatives: J.B Danquah (grand uncle), William Ofori Atta (uncle) and Edward Akufo-Addo, who became the third Chief Justice and later ceremonial President of the Republic from 1970-72, was his father.

Akufo-Addo had his primary education at the Government Boys School and later Rowe Road School both in Accra Central. Nana went on to England to study for his O- Level and A- Level examinations. He returned to Ghana in 1962 to teach at the Accra Academy before going to the University of Ghana in 1964 to read Economics. After graduating as an economist, he went on to read law in the UK and was called to the English Bar (Middle Temple) in July 1971 and the Ghana Bar in 1975.

He is married to Rebecca, daughter of the Speaker of the Parliament of the Third Republic of Ghana, the late Mr. Justice J.H Griffiths-Randolph. They have five children, with five grandchildren, and are both devout Church-going Christians.

Akufo-Addo stayed in France for five years as a lawyer at the now-defunct New York-based international law firm, Coudert Brothers. Apart from the welcome exposure to the dynamics of international corporate transactions, his stay in France also made him fluent in French.

In 1975, he returned home to Accra to continue with his legal career. He joined the chambers of U. V. Campbell from 1975 to 1979, and in 1979 co-founded the law firm Akufo-Addo, Prempeh & Co., which has become one of the prominent law firms in Ghana. Some Ghanaian lawyers who passed through his law firm are among the most outstanding lawyers at the Ghanaian bar today.

Like the “Doyen of Gold Coast politics”, J. B. Danquah, and others before him, Akufo-Addo used his law practice to champion the cause of human rights, rule of law, justice, freedom, and democracy.

He was well known for giving free legal assistance to the poor and fought for the rights and liberties of the Ghanaian people. Indeed, many of the important constitutional cases of the modern era, which, inter alia, protected the independence of the judiciary, the right of the citizen to demonstrate without police permit, and the right of equal access of all political parties to the State-owned media, were undertaken by him. He is regarded as one of the most brilliant advocates in the history of the Ghanaian Bar.

Akufo-Addo has served on the boards and committees of a number of political, legal, commercial, and social organizations in the country. He was the first Chairperson of DHL (GH) Ltd; Chairperson, Kinesec Communications (Co) Ltd, publishers of The Statesman; and the first Chairperson of the Ghana Committee on Human and Peoples’ Rights. He was responsible, through his association with the US company, Millicom, for introducing mobile telephony into the country.

In his early thirties, Akufo-Addo was the General Secretary of the broad-based People’s Movement for Freedom and Justice (PMFJ), which was composed of political stalwarts such as Akwasi Amankwa Afrifa, William Ofori-Atta, Komla Agbeli Gbedemah, Albert Adu Boahen, Sam Okudzeto, Obed Asamoah, Godfrey Agama, K. S. P. Jantuah, Jones Ofori-Atta, Johnny Hanson and Nii Amaah Amarteifio (“Mr. No”). This group led the “NO” campaign in the UNIGOV referendum of 1978, designed to solicit popular support for a one-party military-led State.

The “No” campaign ultimately brought about the downfall of the Acheampong military government on 5 July 1978, and the restoration of multiparty democratic rule to the country in 1979. Akufo-Addo had to go briefly into exile after the referendum, when his life was in danger. But, from Europe, he could be heard constantly on the BBC World Service, vigorously criticising the military rulers back in Ghana and calling for a return to democracy. He is acknowledged as one of the leaders of the pro-democracy movement in Ghana.

In 1991, Akufo-Addo was the chairman of the Organising Committee of the Danquah-Busia Memorial Club, a club dedicated to the preservation of the memory and ideals of the two great advocates of Ghanaian democracy, J. B. Danquah and K. A. Busia, Prime Minister of the Progress Party government of the 2nd Republic of Ghana. Akufo-Addo travelled throughout Ghana to establish branches of the Club all over the country in the grassroots style for which he is known. These branches eventually transformed into local organs of the New Patriotic Party (NPP) prior to the elections of 1992, which heralded the reintroduction of democratic governance under the 4th Republic.

In 1992, he was the first national organiser of the NPP and, later that year, campaign manager of the party’s first presidential candidate, Prof. Albert Adu Boahen, the man of courage who broke the “culture of silence” in Ghana, and played such a crucial role in the reintroduction of democracy.
In 1992, Akufo-Addo set up and financed The Statesman newspaper, which has become the unofficial mouthpiece of the NPP.

In 1995, he led the famous “Kume Preko” demonstrations of the Alliance For Change (AFC), a broad-based political pressure group, which mobilised millions of people onto the streets of Ghana to protest the harsh economic conditions of the Rawlings era. Some pundits in Ghana believe that this was instrumental in re-establishing the NPP as a more formidable force after Professor Adu Boahen.
Akufo-Addo was elected three times between 1996 and 2008 as Member of Parliament for the Abuakwa South constituency in the Eastern region of Ghana. From 2001 to 2007, as Cabinet Minister, first as Attorney-General and Minister for Justice for two years, and later as Foreign Minister for five years, Akufo-Addo served in the government of President John Kufuor with distinction.

As Attorney-General, he was responsible for the repeal of the Criminal Libel Law, which, hitherto, had been used to intimidate the media and criminalise free speech. The repeal has enabled the Ghanaian media become one of the most vibrant and freest in Africa. Under his chairmanship of the Legal Sector Reform Committee, the implementation of the court automation programme was initiated.

As Foreign Minister, he was fully involved in the successful Economic Community of West African States (ECOWAS) peace efforts in Sierra Leone, Liberia, Ivory Coast, and Guinea Bissau, and was chairman of the ECOWAS Mediation and Security Council in 2003.

In 2004, Ghana was elected one of the 15 pioneer members of the African Union (AU) Peace and Security Council, a mandate that was renewed at the AU Summit in Khartoum in January 2006.

Akufo-Addo was chosen by his peers on the AU Executive Council to chair the Ministerial Committee of 15 that fashioned the Ezulwini Consensus, which defined the African Union’s common position on UN Reforms. He negotiated for the 2007 AU Summit to be held in Accra as part of Ghana’s Golden Jubilee celebrations, and chaired the AU Executive Council in 2007.


Ghana was elected by her peers to take the non-permanent West African seat on the UN Security Council for 2006-07. In August 2006, Akufo-Addo chaired the meeting of the Security Council which took the decision that halted Israel’s massive incursions into Lebanon. Again, Ghana was elected to the new UN body, the Human Rights Council, with the highest number of votes—183 out of 191—of any country, and as a pioneer member of another UN body, the Peacebuilding Commission.

In October 1998, Nana Akufo-Addo competed for the presidential candidacy of the NPP and lost to John Kufuor, the man who eventually won the December 2000 presidential election and assumed office as President of Ghana in January 2001. Akufo-Addo was the chief campaigner for candidate Kufuor in the 2000 election and became the first Attorney General and Minister for Justice of the Kufuor era.

Akufo-Addo resigned from the Kufuor government in July 2007 to contest for the position of presidential candidate of his party, the NPP, for the 2008 elections. Competing against 16 others, he won 48% of the votes in the first round of that election, but was given a unanimous endorsement in the second round, making him the party’s presidential candidate.

In the 7 December 2008 presidential race, he received, in the first round, more votes than John Atta Mills, the eventual winner. In the first round, Akufo-Addo received 4,159,439 votes, representing 49.13% of the votes cast, placing him first, but not enough for the 50% needed for an outright victory. It was the best-ever performance for a first-time presidential candidate in the Fourth Republic.

In the run-off, Mills received 4,521,032 votes, representing 50.23%, thus beating Akufo-Addo by the smallest margin in Ghana’s, and, indeed, in Africa’s political history. Akufo-Addo accepted the results without calling even for a recount, thereby helping to preserve the peace, freedom and stability of Ghana. Akufo-Addo again contested in the 2012 national elections against the NDC candidate, the late Mills’ successor as President, John Mahama, and lost.

That election generated considerable controversy, and was finally decided by the Supreme Court in a narrow 5/4 decision in favour of John Mahama. Akufo-Addo is credited with helping to preserve the peace of the country by the statesmanlike manner in which he accepted the adverse verdict of the Court, at a time of high tension in the country.

In March 2014, Akufo-Addo announced his decision to seek his party’s nomination for the third time ahead of the 2016 election. He secured an unprecedented, landslide victory of 94.35% of the votes in the party’s presidential primary in October 2014, in a contest with seven competitors. Akufo-Addo also served as Chair of the Commonwealth Observer Mission for the South African elections in 2014.

He was elected President of Ghana in the December 7 elections, after obtaining 53.85% of the total valid votes cast, as announced by the Electoral Commission. 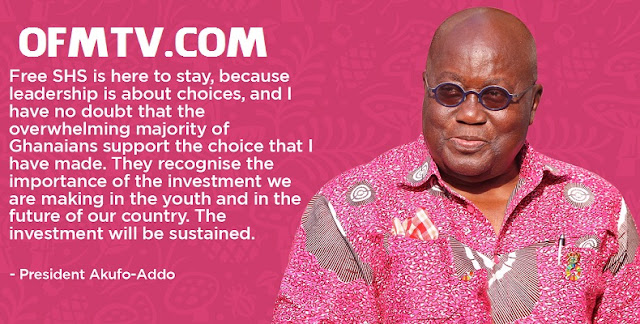 “Fixing and Unfixing It”- Unpacking the Lazy, Unproductive Politicking of Ghana - Ken Kuranchie

Kenneth Agyei Kuranchie, BA, LLB. It is a truism that in politics, creating mass hysteria can be beneficial by way of the ballot box. If on...