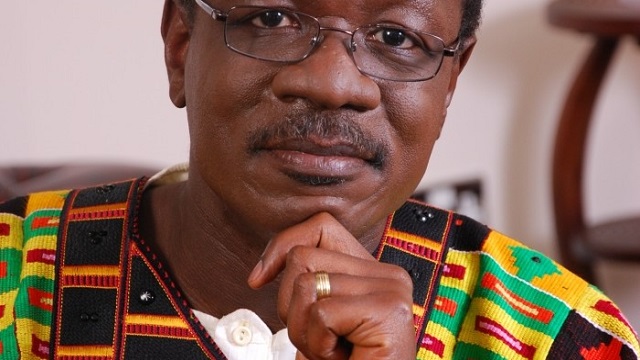 
Report reaching ACCRA24.COM show that, Pastor Dr. Mensa Otabil, who oversees the network of ministries of the International Central Gospel Church worldwide.
He also serves as the senior pastor of Christ Temple Accra, founder and Chancellor of Central University College recently made some teachings about his recent discovery about Onion, Sulphur and he used this epitome in one of his teachings.

GHANASKY.COM analyst, who was a student of Information Technology and Sciences, the intellectual and practical activity encompassing the systematic study of the structure and behaviour of the physical and natural world through observation and experiment, can confirm that;

"The more you cry, the better the onion"

Sulphide compounds are aromatic and this is what gives all the plants in the onion family their distinctive smell or Stink.

Tearful Onions have absorbed sulphur compounds from the soil and, as a result, the bulbs contain more phytonutrients and antioxidants. Nutrients that have been scientifically proven to provide health benefits. These chemicals help protect plants from germs, fungi, bugs, and other threats.

Why Does the Onion Family Stink or Smell? All closely related plants to the onion, like Leeks, Shallots, Garlic, Chives etc contain "thioallyl compounds or alliins". When cut or crushed the alliin (an amino acid), within the garlic or onion is converted by an enzymatic reaction into allicin, this quickly breaks down into sulphide or Sulfide compounds. Sulphide compounds are aromatic and this is what gives all the plants in the onion family their distinctive smell.

In reality, it is this Sulphuric environment that make Onion family unique among other crops.
Our first question: Is Dr. Mensa Otabil teaching as a Pastor or a Business Man?.
Most great people in the Bible were placed in a very bad environment more than we see today but they came out to be great history makers. Even Pastor Otabil himself is a big example.

Dr. Otabil said, the planter must dealt with the Sulphuric content of the soil before planting the seed and a lot of listeners were just clapping without thinking?

Dr. Otabil also said, the Sulphur in the soil will create a reaction within the Onion and will not help bring the best out of the onion?.

Dr. Otabil is looking for sulphur FREE environment but there is NO such environment in any country in today's world, even in Germany or Netherlands.


Right from Dr. Mensa Otabil's analysis, Mark Zuckerberg greatness was NOT because of his good America environment BUT it was hard working of transformation in his early ages of life, good Father, Mark Zuckerberg also excelled in his high school days, season of less information about "social media" by then and finally his investment into that area of entrepreneurship.

According GHANASKY.COM analyst, what we have seen among most Ghanaians is lack of ability to become an entrepreneur. Every Ghanaian can easily own a business one way the other but lack the ability of an entrepreneurship because it's execution is much more difficult.

Mark Zuckerberg caught that fire of entrepreneurship and that was the start of his impact. He took a lot of life risks in University days, financial risks - where, companies came in to buy FaceBook but he never give it out, others sold their own to google etc.

With all respect, what Dr. Otabil was talking about is not the case here in Europe or America. One need to work hard. Environment is not the answer but detailed examination of the elements or structure in every country by each person or group of people is the factor with our believe in God, "We can make it".

You can have the  good environment  and still be a failure in that atmosphere.
Sulphur FREE environment can even be more dangerous, that is likely to cause harm or injury because most productions from such soil may not be strong. There are many great experiences in the Bible, where great men and women were born out of "Otabil's Sulphur" environment, such as David - who became a king.

At seventeen years of age Joseph was sold for a slave and at thirty he was a prime minister of Egypt, so what will Dr. Mensa Otabil say about his environment?.

The catalyst for Joseph life from Prisoner to Prime Minister was PAINFUL but he took it.
It may be Joseph mistake sharing his dream in Genesis 37  and it may also be the agenda of ELOHIM, for him to pass through.

Ghanaians need a transformation system right from the mind-set and this will still take years but according to GHANASKY.COM analyst, many Ghanaians are changing but  still the majority (70%) need education of transformation, both in abroad and home.

We as publishers in Europe, have lived here and also experienced lifestyle in Africa, the differences here is NOT ONLY the system in place. The system can only change you, if you are ready to change your style of THINKING.

There are many people in Europe, who are citizens of first class world Countries like Germany, Netherlands, America etc who are crying every day, we meet them on the street. Some are very poor, no food to eat sometimes but there are system in place to take care of them, which of course not in Ghana or Africa but when it comes to total transformation of life and impact, one needs to work hard, which environment is important but some environments are created by ELOHIM for the purpose of that seed.

There are some SEEDS that can not be planted in Germany or Netherlands but when plant in Ghana, it will grow but still some Scientists can work around to make it survive in European soil, because the needed environment was created for the life in the SEED. Such grown seed can never be compared with one grown on the permitted soil of ELOHIM.

- The larger, milder and sweeter the onion, the less nutritious.
- The more you cry, the better the onion.
- Most of the western world are trying to create market for their new production.
- Tearful Onions have absorbed sulphur compounds from the soil and, as a result, the bulbs contain more phytonutrients and antioxidants
- Phytonutrients: Nutrients that have been scientifically proven to provide health benefits.
- These chemicals help protect plants from germs, fungi, bugs, and other threats.
- More than 25,000 phytonutrients are found in plant foods.

According to ACCRA24.COM, even home grown onions can contain more health-giving phytonutrients (a substance found in certain plants which is believed to be beneficial to human health and help prevent various diseases) and antioxidants (a substance that reduces damage due to oxygen, such as that caused by free radicals) than supermarket ones.

It's all down to the variety you choose and how you grow it. Brown onion varieties, such as Rijnsburger, probably have the strongest flavour. Essentially, the larger, milder and sweeter the onion, the less nutritious it is. The more you cry, the better the onion. Pungent, tearful onions have absorbed sulphur compounds from the soil and, as a result, the bulbs contain more phytonutrients and antioxidants. Onions bred to have a milder flavour or grown in sulphur-deficient soil have many fewer of these nutrients.

So, the best way to avoid these pitfalls is to grow your own. Check first, though, whether your ground naturally contains enough sulphur or whether you need to modify your soil. Sulphur is readily absorbed by water and leaches out of sandy, very free-draining soil, but is retained in clay ground. Pale or yellowing of new growth is a symptom of sulphur deficiency.

Role of Sulphur / Sulfur in Onion Production
Sulphur is an important component of enzymes and other proteins, and is required for chlorophyll formation. It has a marked effect on the pungency of the onion through increasing the pyruvic acid content of the bulb – a key quality characteristic.
Sulphur helps to improve the crop's utilization of nitrogen. Plants with a high sulfur content have greater tolerance to pest and disease attack. Sulphur has also been linked to increasing skin strength and color.

From our GHANASKY.COM, there are more than 25,000 phytonutrients are found in plant foods.
Phytonutrients: Nutrients that have been scientifically proven to provide health benefits.  "Phyto" in Greek means plants, and phytonutrients fall into their own category because they are not related to fats, carbohydrates, proteins, vitamins, or minerals.

These nutrients allow for optimal cellular function and communication. When our cells are communicating effectively, the proper sequence of enzymatic reactions take place. Where can you get Phytonutrients; examples are: Spinach, Avocado, Kale, Blueberries etc.

Terms "phytonutrient" and "phytochemical" are being used interchangeably to describe those plant compounds which are thought to have health-protecting qualities.
- six important phytonutrients:  Carotenoids, Ellagic acid, Flavonoids, Resveratrol, Glucosinolates and Phytoestrogens.

Plant foods contain thousands of natural chemicals. These are called phytonutrients or phytochemicals. These chemicals help protect plants from germs, fungi, bugs, and other threats.
More than 600 carotenoids provide yellow, orange, and red colors in fruits and vegetables.
Carotenoids act as antioxidants in your body. This means they tackle harmful free radicals that damage tissues throughout your body.

Understand sulforaphane: an anticarcinogenic isothiocyanate C6 H11 NOS2 found in cruciferous vegetables (as broccoli and cauliflower) that is thought to function by stimulating the production of enzymes in the body that detoxify cancer-causing substances.

The most nutritious superfood, adaptogenic, phytonutrient, antioxidant rich food, energy and cell metabolizing drink on the planet. Contains ionic and fulvic minerals that are easily absorbed and quickly bioavailable to the body cells for health, weight stabilization, mental clarity and mood enhancing zest for life. 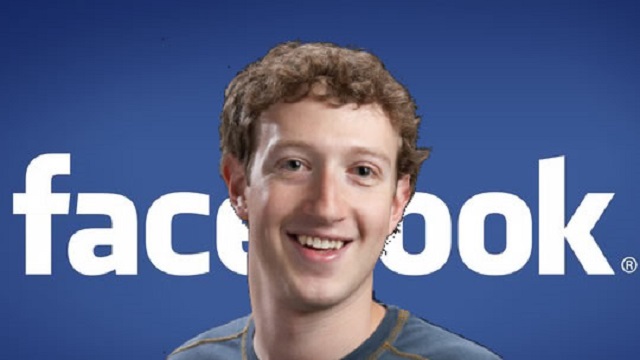